Preschoolers Marvel at the Night Sky with Sesame Street Characters

The preschoolers looked toward the large, balloon-like dome. They were asked to take guesses at what it could be and their eyes lit up with ideas. “An igloo!” said one child. “A spaceship!” said another. 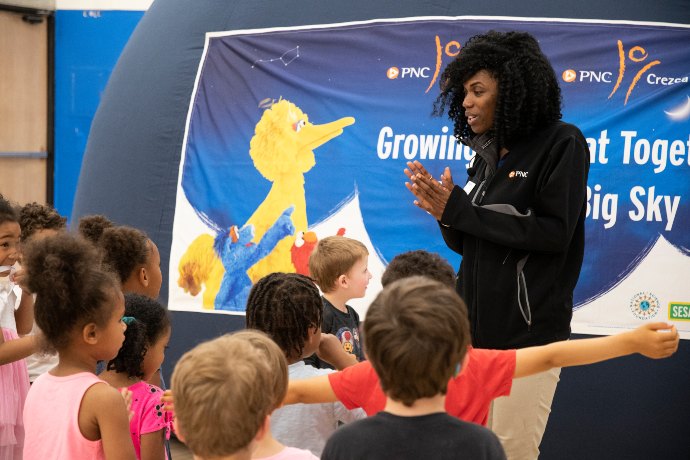 A Visit from a Mobile Planetarium

In fact, it was a mobile planetarium called “Growing Up Great Together Under One Big Sky” that recently paid a visit to YWCA Minneapolis. The mobile planetarium featured an inflatable dome that introduces children to the night sky while forging cross-cultural connections. Inside the dome, children viewed a special planetarium show, “One World, One Sky: Big Bird’s Adventure.” It’s a program specially created for four to six-year-olds by the Sesame Workshop, the nonprofit organization behind “Sesame Street” and supported by the PNC Foundation.

From Sesame Street to the Moon

Through the lens of astronomy, children joined Elmo, Big Bird and Hu Hu Zhu – a Muppet from the Chinese co-production of Sesame Street – as they explored the night sky and took an imaginary trip from Sesame Street to the moon. In the process, they learned the basic principles of math, geometry and physics, and about each other’s culture. The show is a great activity to support YWCA’s anti-bias curriculum. 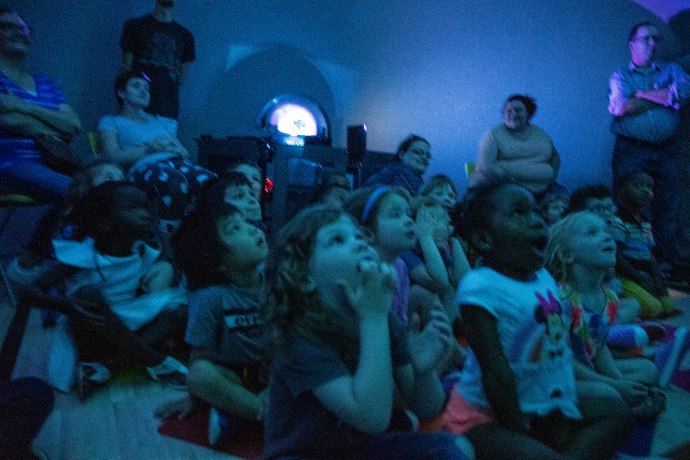 An Educational Experience for Children Across the Twin Cities

“We are thrilled to be able to host the planetarium and share this fun, educational experience for children across the Twin Cities,” said Stephanie Thomas, YWCA Minneapolis vice president of Early Childhood Education and Girls & Youth. Preschoolers at YWCA Minneapolis Children’s Centers attended the show along with children from other centers in the area, including La Creche Early Childhood Center, Northside Child Development Center, The Family Partnership, Children’s First Early Learning Center and Wilder Child Development Center.

“One World, One Sky is a unique show for children and families to experience the fun of astronomy and the common bonds we share, with the help of their friends from our Sesame Street family,” said Kate Kelly, PNC regional president for the Twin Cities.