Triathlete Story: Staying Motivated and Achieving My Own Goals

In this Q&A, Anne Hed, CEO of HED Cycling, shares her story about how she started competing in triathlons, the goals she sets to stay motivated and the best advice she has for others.

How did you find out about YWCA Minneapolis Women’s Triathlon?

My daughter, Rebecca, told me that she wanted to do her first triathlon! She went online and found the YWCA Minneapolis Women’s Triathlon. During the signup, she noticed that the triathlon had a mother-daughter team. She asked if I would do it with her and I said yes! 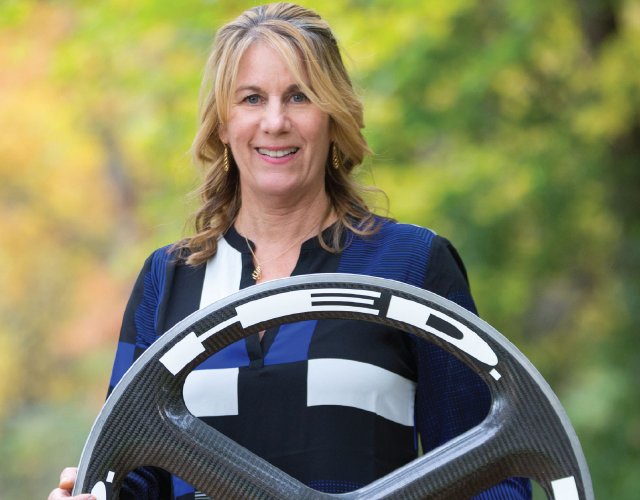 What are some of your favorite memories from YWCA Women’s Triathlon?

I did my first triathlon in 1981. When I started, it was definitely a male-dominated sport. At this time, they didn’t even have a changing area for women. After becoming a professional triathlete and racing all around the world, it was amazing to watch how the sport has grown, not only in numbers, but also for women. Before doing YWCA Minneapolis Women’s Triathlon, the last triathlon I had competed in was the 2008 Ironman in Madison, Wisconsin. I was motivated to race again because I was inspired by my daughter wanting to race. It also gave me a new challenge to look forward to.

After competing in over two hundred triathlons all over the world, I can honestly say that the YWCA Minneapolis Women’s Triathlon was one of the best triathlons I have ever competed in. The course, volunteers, sponsors and competitors were so professional that it made me feel excited and comfortable to race.

Who do you train and compete with? What keeps you motivated?

I do most of my training with my daughter. One of the things that helps me train is by finding something that will motivate me or by setting a goal for myself. An example of this is the Great Cycle Challenge. During the month of June, I set a goal that I would bike 200 miles and raise $500 for cancer research. By setting this goal for myself, I was able to bike just over 200 miles and raise over $1,000.

Once June was over, I needed a new goal. That’s when my daughter and I signed up for the YWCA Women’s Triathlon. My normal swim training set would be a 200-meter warmup, a 500-meter race pace, and a 200-meter kick cool-down. For the bike, I would typically road bike 15 to 30 miles on the weekend at a leisure pace. Lastly, for the run, I would either run for 30 minutes or for three miles.

What is the best gear you have ever invested in?

For the swim, a good quality triathlon suit is necessary. You want one that is comfortable, form-fitting and dries quickly. Since I own a company that manufactures bicycle wheels, I believe it is important to have a fast and aero set of wheels. For this triathlon, I rode on a pair of Hed Jet 4s. These wheels are fast, light and versatile for riding. Lastly, I have been running in Hoka One One shoes since the very beginning of their release. These shoes are very comfortable and make me feel like I’m running on clouds!

What is the best advice about racing?

I believe that it is important to race your own race. It is so easy to get distracted by the competitors around you. Training and competing will be a lot more enjoyable if you are trying to achieve your own goals, not the goals of the person racing next to you.