In an effort to bring the entire YWCA Minneapolis and broader communities together and to collectively confront systemic racism and bring about lasting change, YWCA Minneapolis is facilitating a Community Town Hall with Black leaders about their experiences and perspectives related to social equity and racial justice in Minnesota.

This public event will amplify the voices of Black leaders by centering the Black lived experience and addressing anti-Blackness in Minnesota. Through an honest and real conversation with cross-sector leaders, we will elevate awareness of the disparities most impacting Black lives and provide an in-depth look at the movement happening in our community today. Our aim is that everyone in attendance will identify ways in which they can aid in the efforts to advance equity in our communities.

This event will include a moderated panel discussion followed by a Q&A. 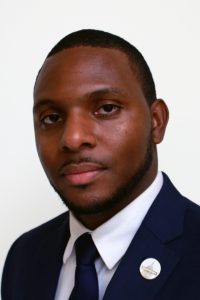 After being sentenced to natural life in prison as a juvenile and violently struggling for years in adult facilities, Elizer Darris fought to turn his life around. Self-education became his vehicle of self-discovery and through it, his life was redeemed. Through studying law and working with his state-appointed counsel, he successfully fought to get his life sentence reversed on appeal. Upon being released Elizer became a business owner, consultant, educator, organizer, and motivational speaker.

In 2017, he served as field director for the Nekima Levy-Pounds for Minneapolis Mayor campaign. He founded Darris Consulting Group as a means to deepen political engagement in impacted communities and to help local governments craft policies that center the voice of community. In 2019, Elizer worked as campaign manager for the Anika Bowie for St. Paul City Council campaign. He serves on multiple boards including Appetite for Change, a social justice and food advocacy nonprofit and was recently appointed by Governor Tim Walz to the State Board of Public Defense.

Currently, he works as a field organizer with the American Civil Liberties Union of Minnesota and coordinates the ACLU-Minnesota’s Smart Justice Campaign. 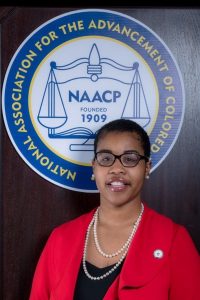 Leslie E. Redmond is a Washington DC Native. At the age of 25, she become the youngest President of Minneapolis NAACP. She is the founder of the Don’t Complain, Activate campaign. Leslie recently received her JD/MBA from the University of St Thomas. 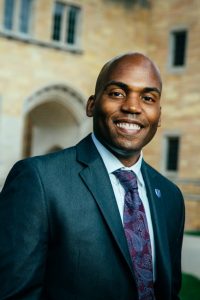 Dr. Yohuru Williams is distinguished university chair and professor of history and founding director of the Racial Justice Initiative at the University of St. Thomas in St. Paul, Minnesota. Dr. Williams received his Ph.D. from Howard University in 1998.

Dr. Williams is the author of “Black Politics/White Power: Civil Rights Black Power and Black Panthers in New Haven” (Blackwell, 2006), “Rethinking the Black Freedom Movement” (Routledge, 2015), and “Teaching Beyond the Textbook: Six Investigative Strategies” (Corwin Press, 2008). He is the editor of “A Constant Struggle: African-American History from 1865 to the Present Documents and Essays” (Kendall Hunt, 2002) and co-editor of “The Black Panthers: Portraits of an Unfinished Revolution” (Nation Books, 2016), “In Search of the Black Panther Party, New Perspectives on a Revolutionary Movement” (Duke, 2006) and “Liberated Territory: Toward a Local History of the Black Panther Party” (Duke, 2008). He also served as general editor for the “Association for the Study of African American Life and History’s 2002 and 2003 Black History Month publications, The Color Line Revisited” (Tapestry Press, 2002) and “The Souls of Black Folks: Centennial Reflections” (Africa World Press, 2003). Dr. Williams served as an advisor on the popular civil rights reader “Putting the Movement Back into Teaching Civil Rights.”

Dr. Williams has appeared on a variety of local and national radio and television programs, most notably ABC, CNN, MSNBC, Aljazeera America, BET, CSPAN, EBRU Today, Fox Business News, Fresh Outlook, Huff Post Live and NPR and was featured in the Ken Burns PBS documentary “Jackie Robinson and the Stanley Nelson PBS Documentary: The Black Panthers.” He is also one of the hosts of the History channel’s web show Sound Smart. A regular political commentator on the Cliff Kelly Show on WVON, Chicago, Dr. Williams also blogs regularly for the Huffington Post and is a contributor to the Progressive Magazine.

Dr. Williams’s scholarly articles have appeared in the American Bar Association’s Insights on Law and Society, The Organization of American Historians Magazine of History, The Black Scholar, The Journal of Black Studies, Pennsylvania History, Delaware History, the Journal of Civil and Human Rights and the Black History Bulletin. Dr. Williams is presently finishing a new book titled “In the Shadow of the Whipping Post: Lynching, Capital Punishment, and Jim Crow Justice in Delaware 1865-1965″ under contract with Cambridge University Press. 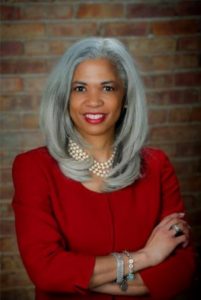 Tonya is a strategic executive and consultant in human resources, talent and organizational development, and diversity and inclusion. Tonya holds over 25 years of professional experience committed to sustaining work environments and cultures that promote inclusion and engagement by relying on the diversity of people, perspective and experience to achieve the company’s mission, goals and values.

A dynamic leader, speaker, author, professor and organizational development scholar practitioner, Tonya is an ICF Certified Coach and a certified co-active professional executive coach (CPCC). She holds a BA in Political Science/Pre-Law from Clark Atlanta University and MBA in Human Resource Management and Doctorate of Education in Organization Development from the University of St. Thomas.

She has spent the last decade working in the healthcare industry. She operates as a strategic partner with senior leadership, managers and employees to design and execute organization development initiatives focused on instituting critical human resources practices or processes, culture changes, improving leadership and organizational effectiveness and directing diversity and inclusion. She has worked for Dorsey & Whitney, Honeywell, Best Buy, Accenture, Medtronic, HealthPartners, Planned Parenthood and Cook Ross. She is the founder/advisor of Sequel Consulting Group and is currently the Chief People and Culture Officer for Hennepin Healthcare.

Tonya also serves as an adjunct professor at St. Catherine University and St. Thomas University where she teaches and advises students in the master’s programs for leadership and organization development.

YWCA Minneapolis is a national leader in the field of racial equity; facilitating change and generating meaningful action in the workplace and the community.

YWCA Minneapolis Racial Justice and Public Policy team works within the community to eliminate inequities on interpersonal, institutional and systemic levels through a continuum of moving from knowledge, awareness and skills to action. We do this through assessment, inclusion planning and facilitated dialogues in the workplace.