Organizing is one of the most centralized ways to promote action for justice. Organizing is a long-standing social justice strategy to galvanize individuals, organizations, and communities to assess barriers to fairness and justice, build relationships and seek the actions of a desired change. Community organizing is both a strategic plan and a beautiful dance. We will hear from a panel of organizers across sectors, issue areas and interests who will share the uniqueness of their efforts as well as action steps for individuals to strategically organize and make change.

Back to Forum Series 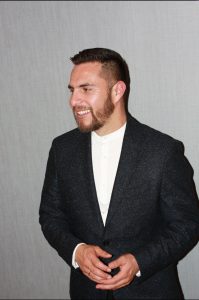 Juventino Meza is an internationally recognized champion for human rights, a non-profit executive and a leader in civic engagement. His work is focused on Latinos, higher education, LGBT communities, immigration policy, governance and democracy.

Juventino co-founded NAVIGATE MN, a leadership development program, and co-founded the Capitol Pathways internship program for college students of color and Native American students as an effort diversify who works in and around Minnesota state government. In 2013, Juventino played a critical role in building a broad coalition to get President Obama to create Deferred Action for Childhood Arrivals (DACA) in 2012 and pass the Minnesota Dream/Prosperity Act in 2013.

Juventino was a member of the Latino Economic Development Center’s Latino Scholarship Fund Selection Committee from 2008 – 2017 and served in the Saint Paul’s Mexican Consulate’s Institute of Mexicans Abroad (IME) Fellowship Program selection committee from 2012 – 2015. Juve was named one of the “25 Under 25” by OutFront Minnesota in 2012. Juventino is the youngest recipient of the Ohtli Award, the Mexican Government’s highest recognition for a civilian Mexican living outside Mexico and is the recipient of the Immigrant of Distinction Award from the Minnesota/Dakotas Chapter of the American Immigration Lawyers Association.

Juventino Meza is graduate of Augsburg University and currently attends William Mitchell School of Law. He currently works as a Contracts and Compliance Specialist in healthcare. Juventino lives in St. Paul with his rescue puppy, Capulin. 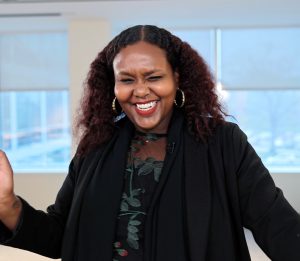 Biiftuu Ibrahim Adam is a Oromo American who was born in Cedar-Riverside, Minneapolis, Minnesota. She holds a master’s degree in Criminology and a decade of experience working with survivors of sexual violence, domestic violence, human trafficking, gun violence, homicide, missing persons and incarceration. She has served both in nonprofit and government settings and currently serves in government. She has trained thousands ranging from professional sectors to students to diverse communities across the country. She has led research that addresses racial disparities in the system from arrests, charging, sentencing, the prison population growth resulting in mass incarceration, systemic trauma and Black victimization. She advocates for ending gender-based violence and eliminating barriers that impact BIPOC communities from thriving.

She serves on New Leaders Council- Twin Cities (NLC-TC) and Violence Free Minnesota Board of Directors, as well as several others. Biiftuu participated in the Community Equity Program (CEP) at Wilder in 2018-2019 and was a 2020-2021 Humphrey Policy Fellow.

Most recently Biiftuu was appointed to serve the nation’s first ever task force on Missing and Murdered African American Women. Biiftuu holds numerous roles, leads a critical conversation series, serves as an interpreter for those seeking asylum and is dedicated to promoting policies centered in racial equity. 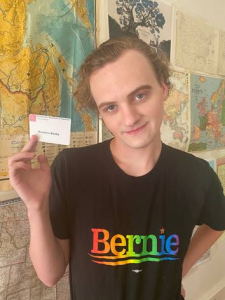 My name is Revmira (they pronouns) and I have spent five years as a community organizer in Northfield, Minnesota. I started organizing after graduating high school through Young People’s Action Coalition, an organization working towards building an intersectional youth movement in Northfield and the Twin Cities, and have since been involved in the movement to stop the Line 3 tar sands pipeline in solidarity with Indigenous water protectors, local labor efforts, and local housing justice work in coalition with immigrant rights organizations in Northfield. Currently, I am a co-chair of the Cannon Valley Democratic Socialists of America chapter, and a member of Cooperation Northfield, an umbrella organization for projects in Northfield including two green worker cooperatives, a housing cooperative, and a union solidarity campaign.

Luna Allen-Bakerian serves on the Racial Justice & Public Policy team leading policy and advocacy strategy and collaborating on community and organizational partnerships. As public policy strategist, she works in community and coalition toward our mission of eliminating racism, empowering women and girls, and promoting peace, justice, freedom and dignity for all.

Originally from Los Angeles, Luna holds a Master of Public Policy degree with a focus on political engagement from the Humphrey School of Public Affairs and a Bachelor of Arts degree in political science with a minor in gender, women and sexuality studies from the University of Minnesota. She brings city, state and federal government experience, as well as experience in gender equity and inclusion programming in higher education.