Postponed: It's Time to Act!™ Facing the Truth: Missing and Murdered Indigenous Women

Nothing is more important than the health and well-being of our members, program participants, employees and the communities we serve.

To that end, we have made the decision to change the scope of our next It’s Time to Act! The April 16th session, Facing the Truth: Murdered and Missing Indigenous Women will be canceled, for now. YWCA Minneapolis remains committed to honoring this topic and this conversation with the time, space, and community it deserves. Therefore, we have decided to make Facing the Truth: Missing and Murdered Indigenous Women the first forum in our 2021 It’s Time to Act! series.

When you think of “We the People of the United States,” who does that include?

The United States’ failure to recognize the inherent rights of tribal nations and the history of intentional violence (genocide, removals, massacres and boarding schools) has weakened any protections for Indigenous People. Through its federal policies to address the “Native Problem,” the U.S. has created an environment today where violence is the norm for Native people.

During this session, you will learn the truths surrounding our history and the movement for addressing the crisis of Missing and Murdered Indigenous women, girls, boys, Two Spirit and transgender people. Together we will unfold the attitudes of dominant culture, oppressive systemic policies and the theft of land that has created heightened vulnerability for our Indigenous people.

About It’s Time to Act!

It’s Time to Act! is a forum series that engages participants for deeper learning and action planning around issues of race, equity, identity and social justice.

The forums are a catalyst for changemaking, where attendees take a deep dive into issues affecting our community and are inspired to identify their own role and power to create change. Pairing lectures with intentional action planning, it is an opportunity for attendees to take the steps towards personal action and accountability to combat racism.

Mary Kelly Kunesh-Podein, Minnesota House of Representatives and Co-Chair of the Task Force on Missing and Murdered Indigenous Women 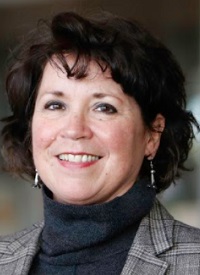 Elected to the MN House of Representatives in 2016, Mary Kunesh-Podein represents district 41B, which includes Columbia Heights and Hilltop, southern New Brighton and St. Anthony Village. As an educator for more than 20 years, Mary also continues her role as the Library Media Specialist at the Robbinsdale Middle School. She has three grown children and lives in New Brighton with her husband and rescue dog, Missi.

As the daughter and granddaughter of members of the Standing Rock Sioux Tribe, Mary is committed to supporting positive legislation for our American Indian citizens in Minnesota. She is proud to be a founding member of the first Native American Caucus in the Minnesota House of Representatives, learning more and advocating for our Native communities, much like her great aunt Josephine Gates Kelly, the first and only female Tribal Chair of Standing Rock Sioux Tribe.

By the end of the 2019 legislative session, Mary successfully authored and passed legislation to create a task force to study the endemic crisis of Missing and Murdered Indigenous Women in Minnesota. She was also successful in passing legislation to continue the equalization funding for Minnesota’s BIE schools, recognizing the Dakota and Ojibwe language as the official indigineous language in Minnesota in proclamation, secured additional legacy funding specifically for Native artists and passed historic legislation that modifies concurrent state law enforcement jurisdictional authority for the Prairie Island Indian Community. In addition, Representative Kunesh-Podein moved legislation that increases MFIP grants to struggling families by $100 per month – the first increase since 1986, and simplify TEFRA application process.

Mary serves on the MIAC (Minnesota Indian Affairs Council) as well as the boards of the ICWA Law Center and the Tiwahe Foundation.

Angela Two Stars, Director of All My Relations Gallery 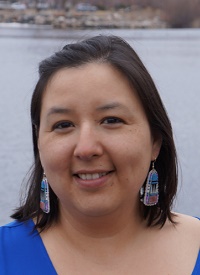 Angela Two Stars is a public artist and curator. She is the director of All My Relations Arts, a project of the Native American Community Development Institute in Minneapolis, MN. Angela is an enrolled member of the Sisseton Wahpeton Oyate and received her BFA from Kendall College of Art and Design. Angela’s professional arts career began at All My Relations Arts gallery as an exhibiting artist, which then led to further opportunities including her first curatorial role for the exhibition titled, Bring Her Home, Stolen Daughters of Turtle Island, a powerful exhibition highlighting the ongoing epidemic of missing and murdered Indigenous women. Angela’s public art graces the shores of Bde Maka Ska and honors the Dakota people of Mni Sota. Angela was recently selected as the finalist for the Walker Art Center’s Indigenous Public Art Commission which will be installed in the Walker Art Center’s Sculpture Garden in the fall of 2020. 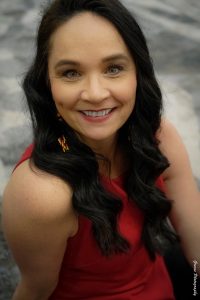 Nicole Matthews is Anishinabe from the White Earth Band of Ojibwe, and is the Executive Director for the Minnesota Indian Women’s Sexual Assault Coalition, where she has been employed since 2002. MIWSAC is a statewide Tribal Coalition and a national Tribal Technical Assistance Provider.

Nicole was one of five researchers who interviewed 105 Native women used in prostitution and trafficking for their report: “Garden of Truth: The Prostitution and Trafficking of Native Women in Minnesota.” She has spoken at statewide, tribal and national venues on sexual violence, sex trafficking and the intersections of racism and oppression.

Nicole is also the proud mother of three beautiful children and the grandmother to one grandson. They inspire and motivate her every day to continue working to end gender-based violence. 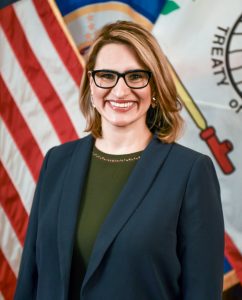 Peggy Flanagan is a mom, member of the White Earth Band of Ojibwe and Minnesota’s 50th Lieutenant Governor. Her career is built on standing up for children, families, communities of color, Native communities and low-income and working folks.

A St. Louis Park native, Peggy attended St. Louis Park Public Schools and graduated from the University of Minnesota with a degree in Child Psychology and American Indian Studies. She first ran for political office in 2004 and won a seat on the Minneapolis School Board. Peggy also worked for nearly a decade at Wellstone Action, where she trained tens of thousands of activists, community advocates and elected officials and candidates – including future Governor Tim Walz.

Later, she was Executive Director of Children’s Defense Fund-Minnesota, a non-profit child-advocacy organization working to level the playing field for all Minnesota children. Peggy was elected to the Minnesota House of Representatives in 2015, where she served as the DFL lead on the Subcommittee on Child Care Access and Affordability and joined with other DFL legislators to form the People of Color and Indigenous (POCI) caucus to improve opportunities for people of color and Indigenous communities across the state.

Peggy brings this lifelong experience of building coalitions and advocating for children and families to the Lieutenant Governor’s Office, as she works in close partnership with Governor Tim Walz to build One Minnesota.