2019 It’s Time to Talk: “Every Individual On Earth Has the Power to Resist”

On October 2, more than 1,000 community members gathered together in the spirit of compassion and open-mindedness to have brave conversations about race and racism at It’s Time to Talk: Forums on RaceTM. This year’s keynote address featured New York Times bestselling author and founding director of The Antiracist Research and Policy Center at American University, Ibram X. Kendi who spoke to the philosophies in his latest book, “How to Be an Antiracist.” 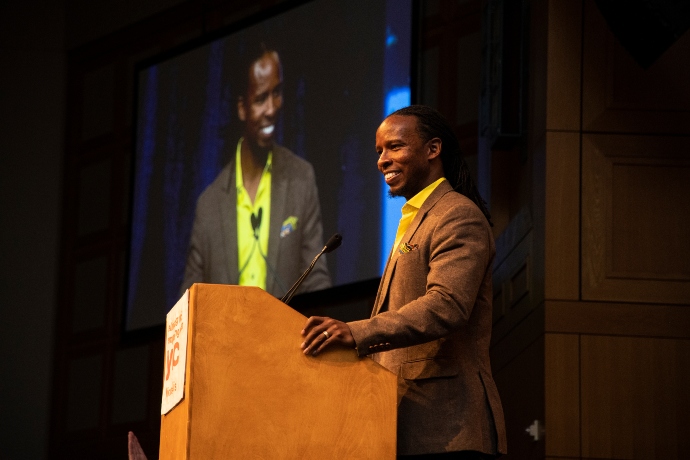 Setting Shared Definitions to Our Words

Kendi challenged the audience to set shared definitions of our words and understand where the implied meaning behind them comes from. He said the term “racist,” is viewed as an attack or a pejorative today and that characterization stems from the white nationalist movement. But he encouraged the audience to see it as a descriptive word instead, one that someone uses out of care and an eagerness for change. “When someone says you’re racist. It’s a form of love and an invitation to change,” he said.

“When someone says you’re racist. It’s a form of love and an invitation to change.” – Ibram X. Kendi

Kendi’s speech then shifted to policies, remarking that policies are either racist or antiracist. He prompted the audience to focus on the outcomes of the policies rather than the lawmakers’ intentions behind them. “It’s a racist idea to think that the causes of inequities are bad people and not bad policies,” he said.

Denial is the Heartbeat of Racism

Kendi asked the audience to own up to the racist actions they have taken because “denial is the heartbeat of racism” and once people recognize their racist ideas, they can recognize the power they have to change them. “Every individual on earth has the power to resist,” he said. 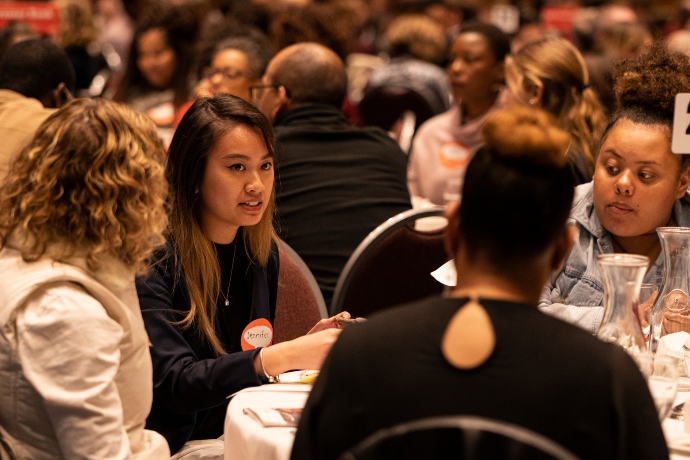 After the keynote speech, guests were led in facilitated dialogues to react and engage with the content they heard on a personal level. One question they considered was what racist or antiracist actions they’ve taken in their lives.

The strength of our future depends on our ability to develop new skills around inclusion and equity, understand the realities of racism today and commit ourselves to action. Thank you to everyone who attended and helped make this event a stimulating, thought-provoking and community-building experience. Please join us for the next It’s Time to Talk: Forums on Race on October 22, 2020 and save the dates for the upcoming It’s Time to Act! forums starting this January.

Donate to the Scholarship Fund