Building an Active, Healthy Life Alongside Family and Friends

A couple of summers ago, Lenny’s parents stopped by a booth at an Open Streets event. That’s where they first learned about YWCA Minneapolis and later Strong Fast Fit, a culturally-specific nutrition and fitness program. They jumped at the chance to enroll their son.

The program has helped Lenny get active after school — swimming, playing games like dodgeball and kickball, and racing in the Medtronic TC One Mile. He also learned how to make nutritious meals from scratch. He remembers making one snack that was especially good: bread with black beans, cheese and avocado. His mom, Brenda, has noticed the more involved he is with food preparation, the more empowered he feels to try foods and take ownership over his diet. “Parents tell their kids to eat this or eat that,” she says, “but with this program, they are more involved.” 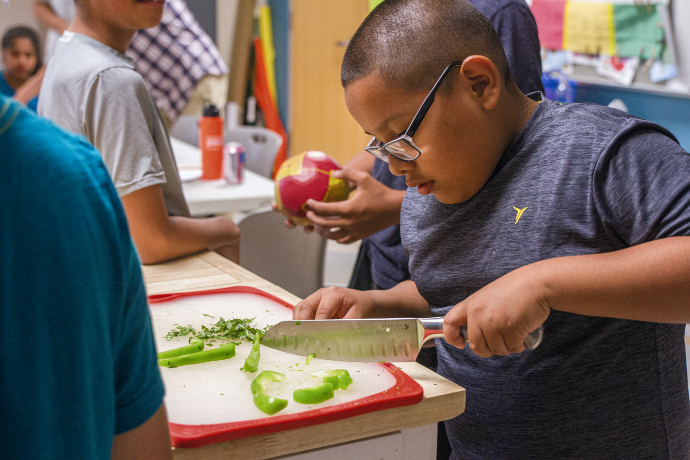 A Tight-Knit Community After School

Lenny’s parents are appreciative that Lenny’s found another community outside of school and has made a lot of friends. In Strong Fast Fit, young people from different schools across the city come together. “They don’t know each other at first, and it’s fun watching them throughout the school year as they all become friends,” says Giovanni, Strong Fast Fit youth counselor. “It’s especially great for kids who are quieter. Everybody here, they connect to each other,” says Brenda.

“It’s fun watching them throughout the school year as they all become friends.”

When asked about memorable experiences, Lenny recounts moments that have given him the most laughs: an epic dodgeball game that ended in a hilarious dual, and the time his friend did an awe-inspiring bellyflop off the diving board. There’s no question he’s having fun.

Establishing Healthy Habits as a Family

Parents are involved in the program too — the whole family gets a free fitness membership. When parents and siblings are as dedicated, youth are much more successful at establishing healthy routines. “My dad and I like to go to the gym and exercise so we can stay healthy,” says Lenny. It’s a special habit they’ve made together. They visit YWCA Midtown to swim, run and use the exercise machines. “The gym relaxes us, especially coming together as a family,” his dad adds.

“The gym relaxes us, especially coming together as a family.” 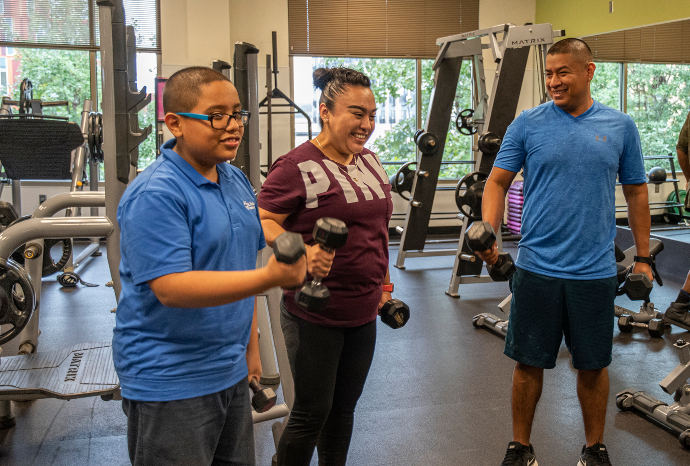 The greatest impact of the program has been Lenny’s health. “For us, we had concerns about his health before,” says Brenda. “But, now he’s more active, he’s eating better and he feels accepted [among his friends]. His doctor says to keep it up!”

“I learned about what it means to be a healthy person,” says Lenny.

“I learned about what it means to be a healthy person,” says Lenny. Building an active routine with family and friends… it’s a foundation that will help Lenny keep healthy habits throughout his life.