Bundled up in layers on a cold Saturday morning in late September, seventeen youth ages 15-18 built garden beds for a community garden! These novice construction project participants are girls in grades 9-12 who are members of YWCA Minneapolis Girls Inc. Eureka! cohorts.

Eurekans met at a hotel on Friday evening, where they stayed overnight together. Prior to lights out, the youth enjoyed a restaurant dinner together. Each youth was given a per-person meal budget. As they considered the menu options, several Eurekans suggested pooling the allocation of funds to order several options for sharing. Cell phones appeared on the table, with calculator apps adding and dividing the budget amounts to determine how many appetizers and entrees the entire group could order and enjoy together.

The “build” event was the centerpiece of the 2022 Eureka! Kick Off, a gathering that marks the start of school-year programming for Eurekans. The two-fold purpose of the Kick Off is for Eurekans of all cohorts (from first-year through fifth-year participants) to build community with one another while engaging in a project to benefit the community.

The following morning, the group traveled to the building site at a neighborhood elementary school in North Minneapolis. Eurekans were greeted by staff from unCommon Construction, who worked with Eurekans on this unique project. unCommon Construction hires high school youth as apprentices working together to build a house in a semester while earning hourly pay and school internship credit. 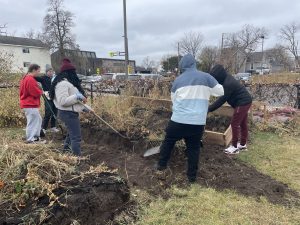 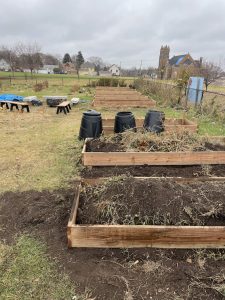 Equally as impressive as the completed construction project is that the entire project was the initiative of Eurekans that was executed by several youths who wrote and submitted a proposal for funds for the project. Their proposals worked together and were selected as the recipient of a mini-grant through Girls Inc. The project funds award decision was announced just a couple of weeks before the scheduled event!