Stand Against Racism Week 2019: Why do YOU Take a Stand?

Why do YOU stand against racism? Answering this simple question can be a reflective exercise – it can help you think through your values, your role in the world and your vision for the future. It’s a moment to reflect on the ways (big or small) that you have taken action in your life to live up to your values.

As part of YWCA USA’s signature campaign, Stand Against Racism week, we asked a few people in our community to share why they stand against racism and why they commit themselves to racial justice work each day. Read on to hear their reflections. 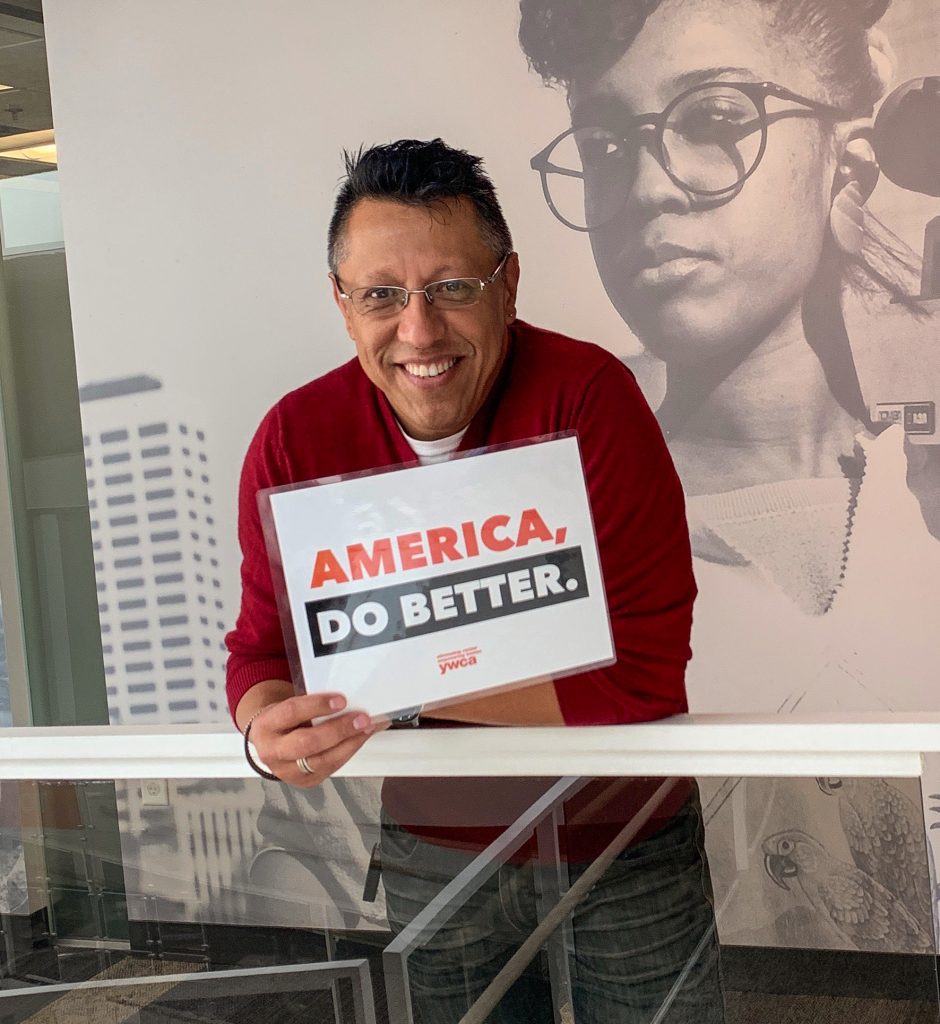 I am committed to ensuring that every person has the right to a safe place to live and an equal opportunity for prosperity. 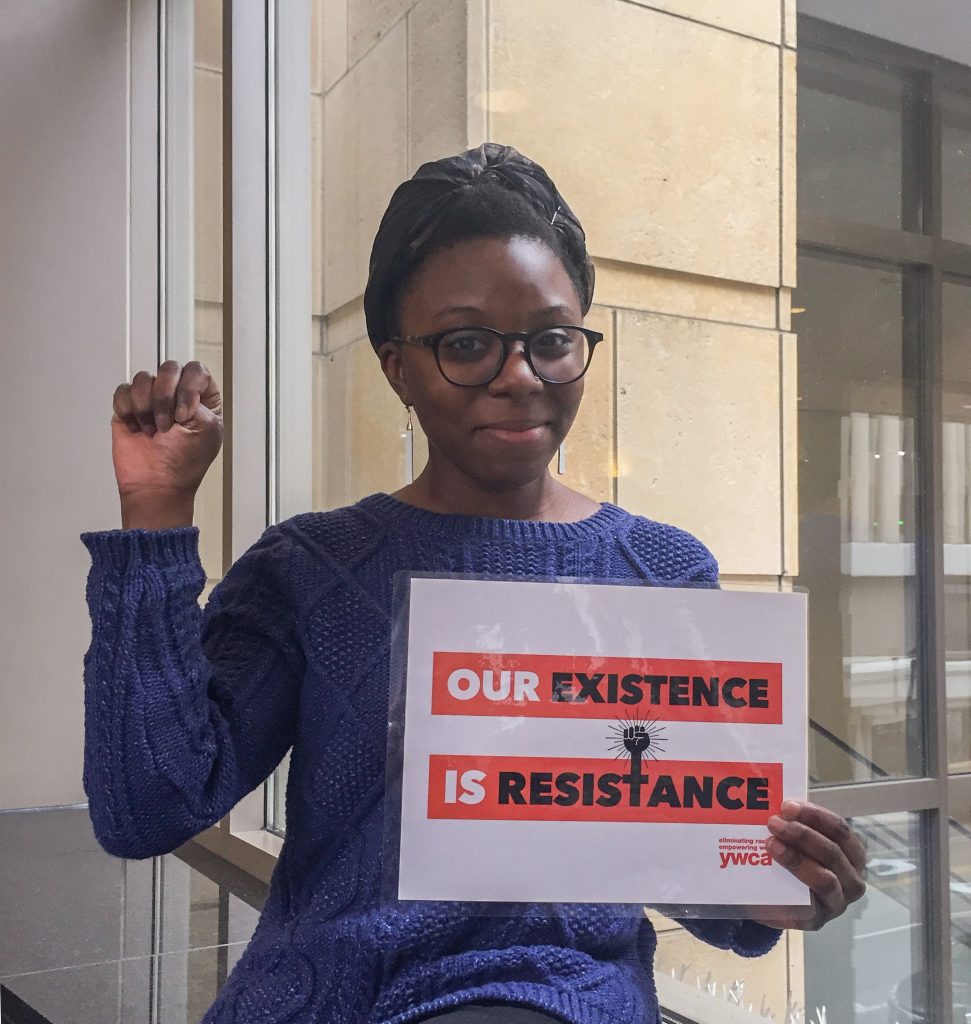 “I pledge to stand against racism as an act of solidarity. In the last few years, I’ve spent a lot of time learning about the ways that racism works in this country. I understand that the systems of oppression that were first used against Native American people and enslaved African people on this continent were later used as models to oppress others. The patterns of racism we see today are not new. You can draw a direct line between the ways that families who are seeking asylum at the border are dehumanized and the ways that enslaved families were ripped apart from each other. There’s a direct line between the Islamophobia behind the Muslim ban and the bias that led to Japanese internment. I think it’s my responsibility to use this knowledge to fight the oppression of all marginalized groups. As I work to build a life for myself, I pledge to also build paths to health and happiness for others. None of us are free until we’re all free.”

As I work to build a life for myself, I pledge to also build paths to health and happiness for others. 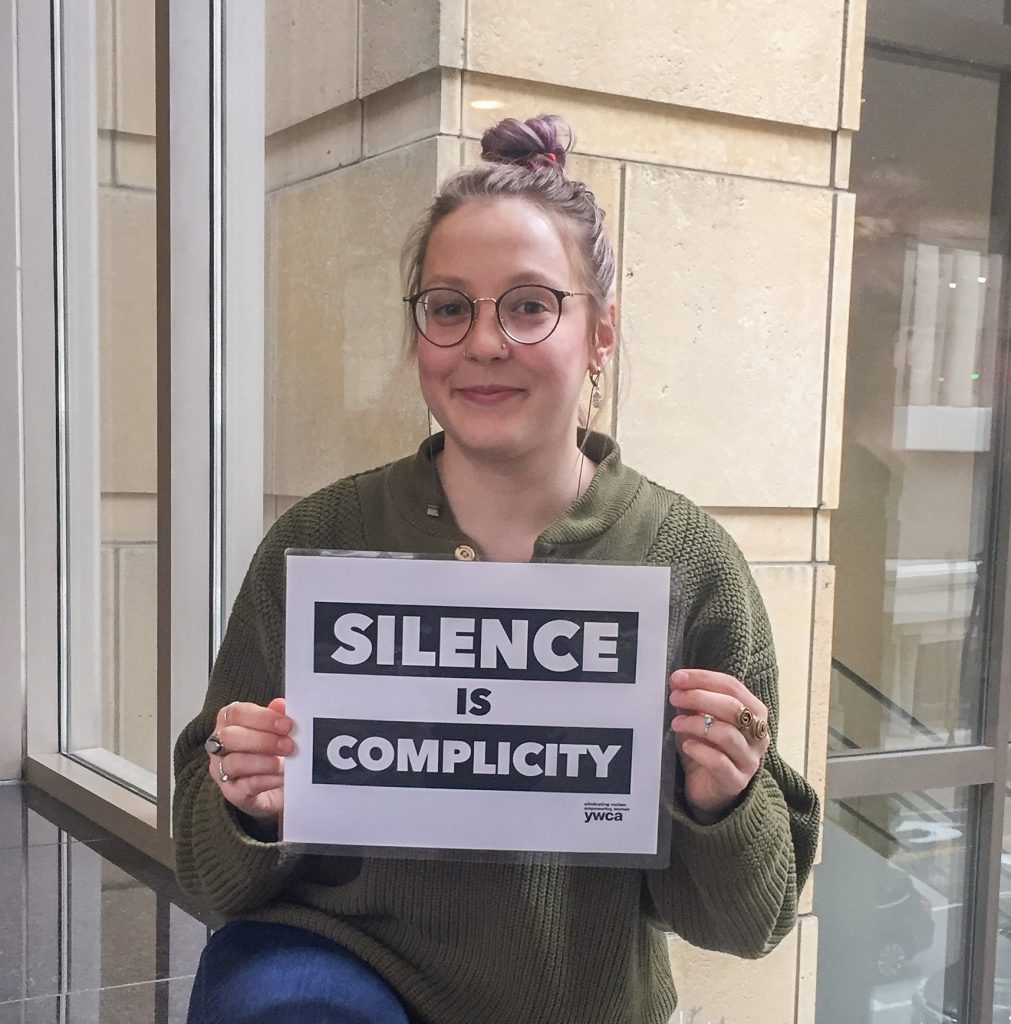 “I pledge to stand against racism because silence is compliance. Racism is very much alive in this country and there are complex systems in place to keep it that way. It is not our fault that we live in an oppressive society, but it is our responsibility to challenge and fight these norms. It is time to break down our mental and physical borders and advocate for all people of color, including those who are entering our country now and those who were here long before us. For me, that means relearning U.S. history, reading, engaging in dialogue with mentors, unlearning values rooted in white supremacy and getting outside of my racial comfort zone. I pledge to continue to work on deconstructing my own internalized racism and to do my best to confront the interpersonal and institutional racism around me. My liberation is bound with yours.”

It is not our fault that we live in an oppressive society, but it is our responsibility to challenge and fight these norms.

You can take action this week by signing the pledge, sharing why you take a stand on social media (using #StandAgainstRacism and tagging YWCA Minneapolis) and donating to YWCA’s work to eliminate racism.