Witnessing Women & Girls Changing the World: Serving as a Delegate to a Global U.N. Commission

This March, I had the incredible opportunity to serve as a YWCA USA delegate to the 63rd session of the United Nations Commission on the Status of Women (UNCSW).

Established in 1946, the UNCSW is the primary intergovernmental body responsible for the promotion of gender equality, women’s rights and the empowerment of women throughout the world. 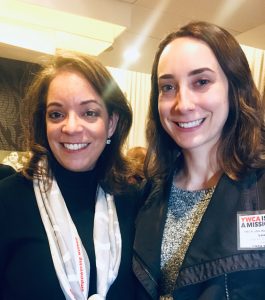 During UNCSW’s annual two-week session, representatives come together at the United Nations (U.N.) headquarters in New York City to discuss progress toward achieving gender equality and emerging issues that affect the empowerment of women, as well as commit to future actions to promote women’s political, economic and social rights on a global scale.

A Delegation of YWCAs across the World

Because of the YWCA’s commitment to the empowerment of women across the world, YWCA USA and World YWCA have special consultative status with the U.N., and as a result, are able to send a delegation to the UNCSW each year. I was fortunate to be one of about 15 delegates from the YWCA USA delegation.

In addition to YWCA events, I attended the UNCSW Opening Session and heard from U.N. leaders about the progress still needed to realize gender equality. As António Guterres, Secretary-General of the U.N., shared in his speech, “If women are not fully equal within the structures of power, it is surely power that needs to change, not women.” Next year will mark 25 years since the 1995 World Conference on Women in Beijing, where it was declared that “women’s rights are human rights.” While this was a bold declaration at the time, there is still incredible progress that needs to be made in order for women’s rights to be upheld and protected throughout the world.

“If women are not fully equal within the structures of power, it is surely power that needs to change, not women.” -António Guterres, Secretary-General of the U.N. 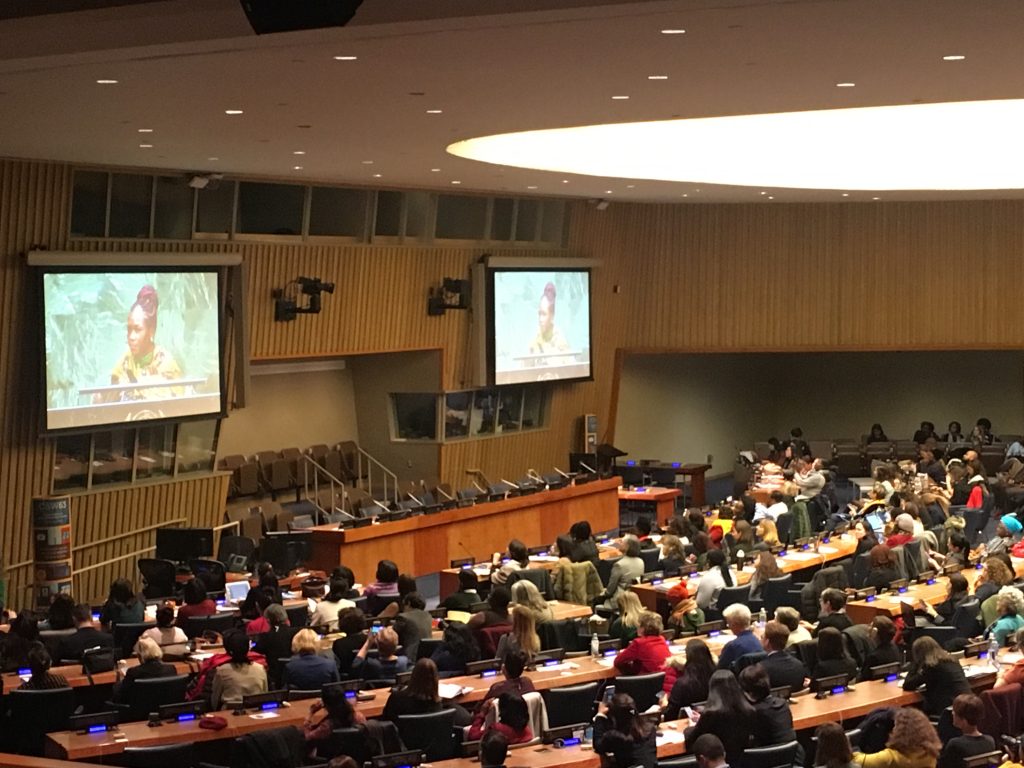 The theme of this year’s UNCSW was “Social protection systems, access to public services and sustainable infrastructure for gender equality and the empowerment of women and girls,” and throughout the UNCSW, I had the opportunity to attend side events hosted by NGOs and the U.N. Member States covering a wide range of topics addressing this theme. 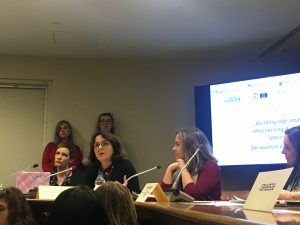 One side event was titled “Building Safe and Empowering Digital Spaces for Women and Girls,” and was hosted by Slovenia, Sweden, Germany, UN Women, Council of Europe and the European Women’s Lobby. The panelists explored the methods that different national and regional governments are using to effectively address and prevent cyber violence and harassment as forms of gender-based violence and abuse. Social media is often seen as a tool to help spread the word about sexism and women’s rights, such as the #MeToo movement. However, social media is also a place where violence against women runs rampant. Eight-hundred and thirty million young people are online globally, and research has shown that online digital violence is gendered – the risk of cyber victimization is twice as high for young girls and women.

According to Dubravka Šimonovic, U.N. Special Rapporteur on Violence Against Women, “We are not sufficiently uploading human rights in digital spaces.” Panelists discussed the variety of innovative approaches they have taken to combat cyber violence against women and girls (such as including cyber crimes in the penal code in Slovenia), while also trying to balance freedom of expression, privacy rights, and the rights of women and girls to be free from violence.

Changing the World Every Day

The whole time I was in New York with the YWCA delegation, I couldn’t help but be in awe of the incredible women around me. Not only was I reminded of the power of women and girls to change the world – something I’m lucky to experience in Minneapolis as our Girls Inc. participants set bold goals and make strides toward achieving their dreams – but I was also reminded that the work of changing the world is being done every day by women and girls all across the globe. The World YWCA is currently working toward a bold and transformative goal: “By 2035, 100 million young women and girls transform power structures to create justice, gender equality and a world without violence and war; leading a sustainable YWCA movement, inclusive of all women.”

To have the opportunity to be connected with the global YWCA movement to empower women and girls, and to be in the presence of such strong, smart and bold leaders, was an unbelievable experience.

As YWCA leaders from across the movement shared many times during the UNCSW, we are “strong alone, fearless together.” I am grateful to have had the opportunity to support YWCA’s mission of eliminating racism and empowering women and to represent our organization on the global stage and I am excited to continue promoting the global work of YWCA in our local YWCA Minneapolis community.