YWCA Member Story: “My Core is Stronger Now than It’s Ever Been”

For David, the location of YWCA is hard to beat – he lives just a couple of blocks away. That’s why he chose to join back in 2012. Since then, he’s decided he likes it for more just the proximity to his home: “The staff are great, there is a good mix of exercise equipment and there are great people here who’ve been willing to spot me, which is amazing.” 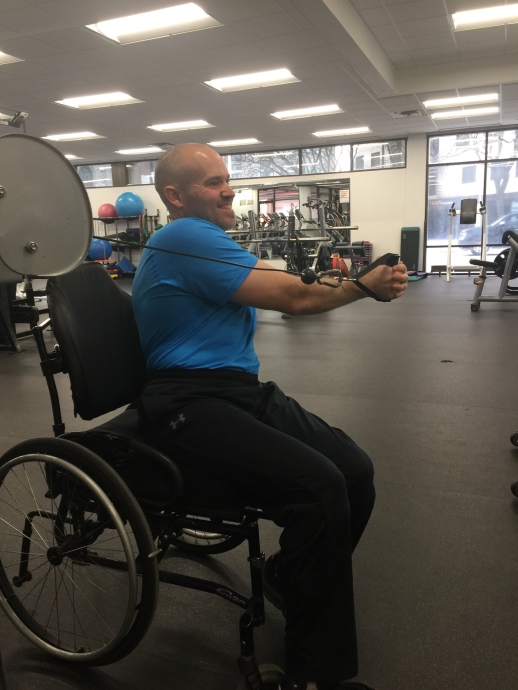 When David first signed up, he wasn’t considering working with a personal trainer at all. But because he received two free sessions when joining, he gave it a try. After meeting with his personal trainer, Cha, he decided to stick with it: “Cha pushed me and helped me to achieve things I didn’t think I could do, like using the treadmill,” says David.

“Having Spina Bifida makes me have to work harder than the average person. I wasn’t able to stand before, but now I am standing for long periods of time. My core is a lot stronger now than it’s ever been.”

Cha coached David how to do the exercises correctly, explained each of the steps and modified the workouts to suit David. “He helped me work on my hand-eye coordination with an exercise where you catch a small ball with one hand. He also adapted a move for me where you pull a weighted sled behind you. We played basketball too and I’ve gotten better at hoops,” says David.

“My Core is Stronger Now than It’s Ever Been”

“Having Spina Bifida makes me have to work harder than the average person,” says David. “I wasn’t able to stand before, but now I am standing for long periods of time. My core is a lot stronger now than it’s ever been.” David has now got his routine down – he comes to the gym at least three times a week. Mondays, Wednesdays and Fridays are for weight training. And on Tuesday or Thursdays, he swims or plays basketball. 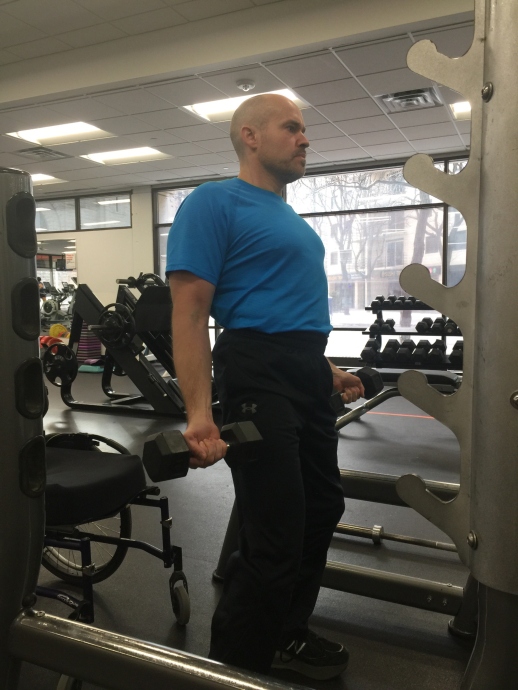 Increasing his strength and working out has improved other areas in David’s life and coming to the gym helps him to deal with the everyday ups and downs of life. “Anytime you go work out, you always come home feeling better, says David. “If something really bad happens and it seems like the end of the world, you can go and workout and get over things much quicker.”

“It’s Easy to Cheat When You are By Yourself”

Working with a personal trainer helped David to get stronger overall and keep him motivated. “I’m not very good at getting myself to my full potential. It’s easy to cheat when you are by yourself and say, I’ll just do three sets today. I have to have someone say who is there to say, No, we’re doing five sets today and we’re going up in weight today! I lost quite a bit of weight working with Cha and have gotten really great results,” says David.