Earlier this spring, participants in the Girls Inc. Eureka! program boarded a yellow school bus and joined Minnesota Department of Transportation (MnDOT) for a tour of the 35W@94: Downtown to Crosstown project.

The bus tour took the youth to three significant stops throughout the construction project corridor: the Green Crescent and new transit station at Lake Street and 35W, the Franklin Avenue bridge over 35W and Franklin Steele Park. 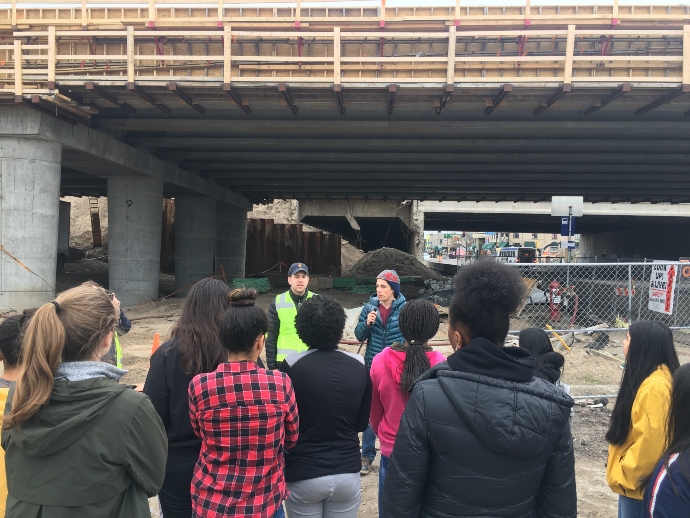 At the Lake Street stop, the Eureka! participants learned about the profession of urban planning and how the intersection is being redesigned to be more people-focused. A new connection to the Midtown Greenway, called the Green Crescent, will make it easier for walkers and bikers to get from the Greenway to Lake Street and vice versa. Project staff explained the community engagement process behind the construction project and how MnDOT had worked with community members from underrepresented groups in the community to find out how the redesigned intersection could better serve them. The youth were excited to hear that the new transit station will feature better lighting and an elevator from Lake Street up to the 35W roadway, where currently there are just stairs. 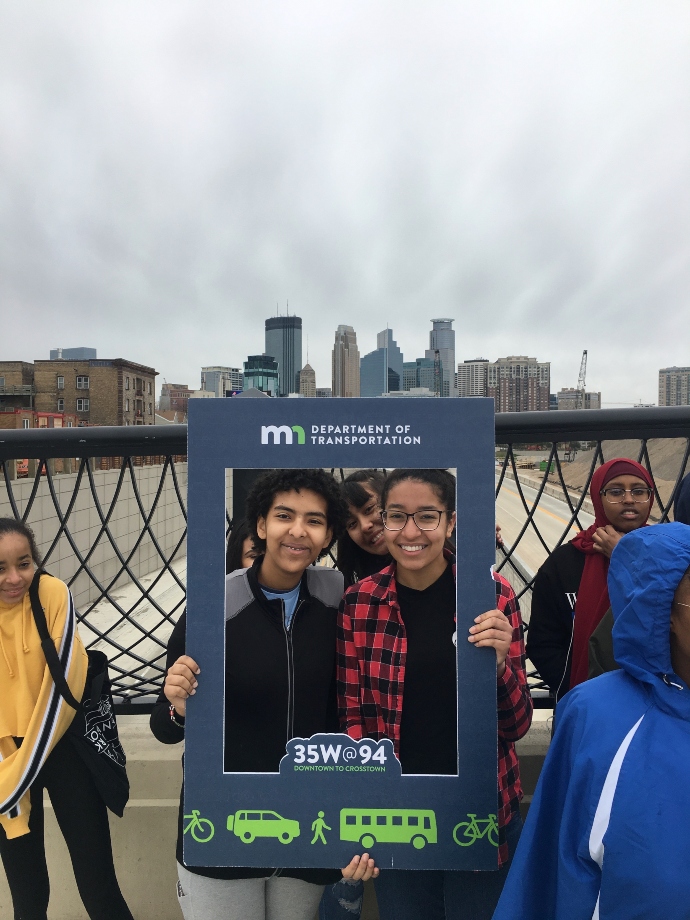 The group then boarded the bus and traveled north to the Franklin Avenue bridge, where the youth got a beautiful view of the downtown Minneapolis skyline. Participants learned about the many different engineering and construction jobs involved in the large project, and spoke with a MnDOT engineer about bridge engineering.

At the final stop at Franklin Steele Park, the youth were able to look out over a large portion of the project and watch dump trucks working to move materials from one part of the construction zone to the other. They learned that all of the concrete and asphalt that is removed when taking apart existing roads is ground up in a concrete crushing machine and repurposed as gravel on the construction site! By reusing all of the old road material, the project is able to save energy.

Exposed to New Careers and How Projects are Planned

Once they returned to YWCA Minneapolis, the youth played a fun trivia game that tested their knowledge of project facts they learned on the bus tour. The group reflected on what they learned and the new careers they were exposed to. 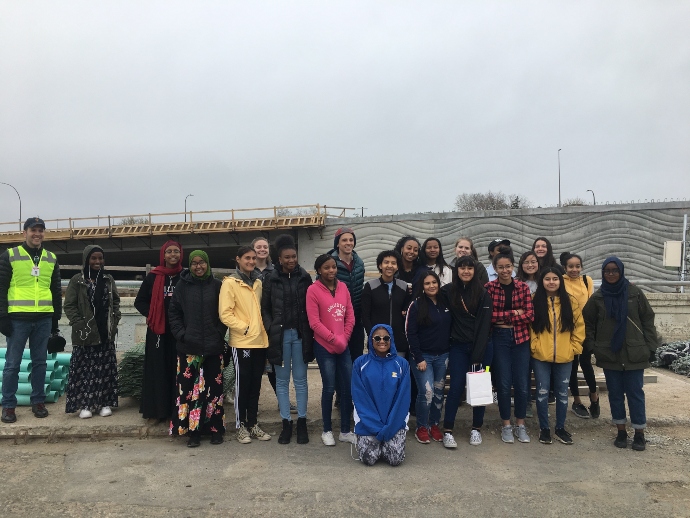 They were passionate about how important community engagement is a project like this is. They discussed how parts of the project – like the Lake Street Transit Station – might have been different if only one kind of person was involved in the project design. For example, if only older white men who work in large corporations in downtown Minneapolis and drive to work every day were asked what they thought the Lake Street and 35W intersection should look like, the youth said they might not have identified the need for a warm, well-lit transit station with public art and elevator access. However, if young women who ride the bus to work or school – like the youth themselves – were asked about the intersection, they would have easily shared the need for these improvements to make it a more comfortable and accessible space.

Overall, the youth enjoyed the opportunity to take a behind-the-scenes look at a project that affects them on a daily basis as they travel across town and were excited to discover another way STEM skills are used to impact their community.